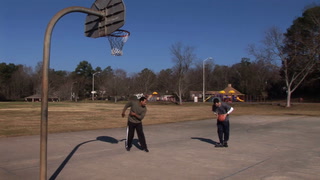 It’s a logical and practical fact: Companies can perform better and respond to the marketplace quicker when they aren’t constrained by obstructions and don’t have hoops to jump through to effect change. This video uses a little one-on-one basketball to effectively make the point about how rigid rules can make it difficult at best to “play the game” and stay ahead of the competition.

Be the first to review “Competition: Keep the competitive edge” Cancel reply